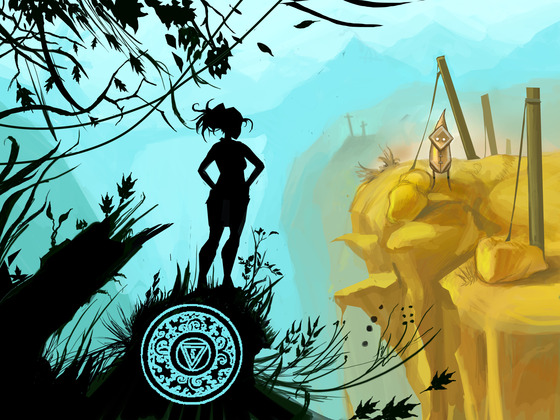 On March 16, I funded a location-aware iOS game called Monster Guru by Gimo Games on Kickstarter. Players are tasked with collecting and battling monsters, but the geolocation feature adds an extra twist.

Do I always have to be on the move or can I play Monster Guru at home?

The core of the exploring is the 1:1 movement of player and in game character. The map will initially have a “fog of war” over it, and as you walk through it new areas will be uncovered. What we’ve done is put in a non-GPS mode where after uncovering an area you can go back to that area without physically walking there.  This makes the exploring still part of the moving around, but you’ll be able to play at home after having gone through different areas on the map.

This sounded pretty fun to me!

With iOS 6, Apple is no longer using Google Maps but are using their own Apple Maps. There are reports of the 3D views being wavy and weird, certain landmarks missing, certain non-existent landmarks present, incorrect addresses or directions, and a lack of public transit. I haven’t checked any of these myself because I’m holding off on upgrading, but honestly, my guess is that Apple Maps likely works fine for most people in the US (assuming you don’t take public transit).

I forgot about Monster Guru.

Because Monster Guru was based heavily on API calls to the Maps application, the change from Google Maps to Apple Maps has severely hindered Monster Guru’s development. For now, I’ll continue to eagerly wait for my chance to reward real life exploration with monster battling!

Friends!Thank you for your patience and support over the past few months.  We’ve had some great progress along the way, but we have also had some setbacks.  People have come and gone in Gimo, gotten married, moved, found new jobs, and started school again.  The biggest setback however comes from the new maps in iOS 6.

Most complaints about the new maps have been from consumers, but I’ll add my complaint from the perspective of a developer.  Apple maps are broken.  Monster Guru pushes the maps on iOS to the limit.  We are using the maps, overlays, annotations, transparency, gesture recognition like tap, hold, swipe, pinch all within Cocos2D.  This was all working wonderfully on iOS 5.  Apple didn’t change the API on the maps, but they changed the way they work underneath.  This means we were able to build just fine on iOS 6, but when it actually ran it didn’t work at all.  When we first ran it all it showed on screen was a vibrant pink color.  Now we’ve rearranged some of the code and gotten it to actually display the map and function, but after scrolling or walking around for a few seconds it completely locks up.

We will fix it, but I don’t know how long it will take.  Best case scenario, Apple releases iOS 6.1 tomorrow and it fixes it and everyone is happy.  That probably isn’t going to happen though.  Worst case scenario, we have to rewrite the whole map system, and that is the largest portion of the game.  I’ve been digging through the maps trying to find out what systems aren’t working together nicely in iOS 6, but haven’t quite found it yet.  We may have to end up simplifying the map a little to reduce the number of parts interacting, but I won’t dumb down the game.  I feel like we can’t release a game that doesn’t work on the latest operating system, so we will fix it, and it will still be Monster Guru.

We will keep you posted along the way.  In a few days I’ll put up a gameplay video with the beginning of the game so you can see how the game is played exactly, and that should answer most of the questions asked before.  I wanted to get it out before, but this iOS 6 problem, compounded with work and school, have slowed down the progress.  Don’t worry about the game not coming out or being dumbed down though; I will get this out to you guys.  The core Gimo group will be here to finish the game no matter what.  This game is my baby, and I can’t wait to get it out to you guys.  Ask anything you want in the comments, or send us a message.  We’ll be as transparent with you as we can.