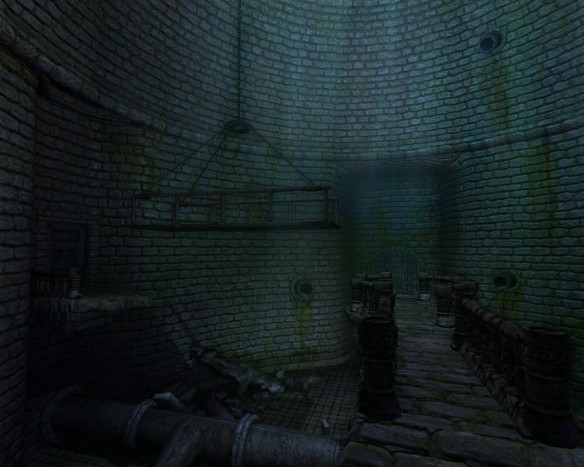 Today’s Friday the 13th, so I thought I’d urge you to play Amnesia. I’ve spoken about it extensively in the past, and I still feel it’s one of the best games I’ve played. Most of the game is spent utterly alone, but once in a while shambling enemies will grace you with their presence. You spend the game attempting to keep your own sanity while you struggle between using light while attracting enemies and staying in the dark while losing sanity.

One of the best aspects of the game is the effect of losing sanity. Eventually you’ll begin to hear monsters approaching, but you won’t be sure if a monster is really approaching or if it’s due to your lack of sanity. Coupled with your possible real (player) paranoia, it’s a big source of fear.

I love this game, although I definitely play it alone!